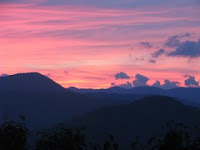 Are you looking for a nice evening out during your stay in Western North Carolina? Come on out to the city of Asheville and listen to some of your favorite award-winning artists as they perform under the stars and against the gorgeous backdrop of the Biltmore and the Blue Ridge Mountains.
The Biltmore Estate's Summer Evening Concert Series takes the stage (actually, takes two stages) beginning in the month of August. The concerts are hosted in two venues: the South Terrace and the new Diana at Biltmore, which is a more intimate setting nestled on the vista overlooking the Biltmore House. 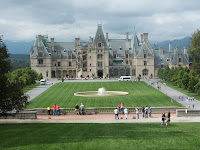 Big names in a variety of musical genres are slated to perform including the Steve Miller Band, Peter Frampton, Foreigner, Mary Wilson of the Supremes, KC and the Sunshine Band, the Village People, Alison Krauss & Union Station, The Gatlin Brothers, and more. See the Biltmore's Summer Evening Concert Series schedule for the full list of performers, performance dates and times, and ticketing information.
Music lovers, be sure to take note that these concerts tend to sell out quickly! At the time of the writing of this blog, the Alison Krauss & Union Station concert was already sold out. So if you're interested, don't delay. 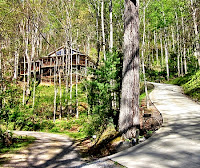 During your visit, plan to stay awhile and check out many of the fun adventures that can be found in Asheville and the surrounding mountain towns of Western North Carolina. Choose your accommodation destination whether it be in downtown Asheville itself or set in our beautiful mountainous countryside, and let the adventure begin!
We hope to see you this summer. Have you been to the Biltmore Concert Series? Who did you see? Tell us about it in our comment section.
In the words of Plato: ?Music gives a soul to the universe, wings to the mind, flight to the imagination and life to everything.? Enjoy!